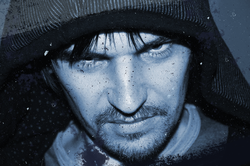 David Burbury is a web designer from Torquay, and has worked alongside Wingless Films in several productions including John Tomkins' 2012 thriller, They're Coming, and The Lite Blues web series. He previously worked at Insignia Creative, Ltd., and joined the crew of They're Coming to assist with visual effects work. His role expanded as production began, serving as clapper loader and filming assistant throughout the shoot, as well as making a brief cameo during the chase sequence along the Torquay seafront. During post-production, he contributed the film's opening title sequence, and was present during much of the video and sound editing up till the film's release on September 27, 2012.

Because of his work during production of They're Coming, Burbury was brought in to assist with The Lite Blues, again serving as filming assistant and joining location scouts in and around Torquay. He provided the graphics for episode credit sequences, and created the primary poster and title design for the series. He appears in the second episode, "Dinner Date", as a would-be carjacker accosted by Al Harrow (Boyd Rogers). 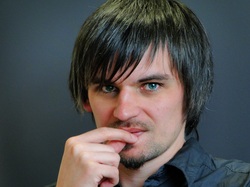 During production of They're Coming.
Wingless Films productions 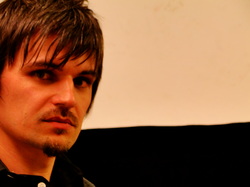 During production of The Slow Method.