How to Lose Friends & Assassinate People

A simple job for a determined assassin finds a complication in a friend from the outside world, whose well-meaning phone call intrudes upon the tried and true method of a killer, with unexpected consequences.

The assassin
How to Lose Friends & Assassinate People is the twenty-fifth short production from Wingless Films. The film stars Tom Menary as a methodical sniper who receives a phone call from a friend (Bill Sheikh of Metal Snare Production) while preparing to assassinate a target. Directed by Jim Elton, How to Lose Friends & Assassinate People was shot on location in and around Plymouth University, using props provided by astrophotographer Robin Manford.

The concept of How to Lose Friends & Assassinate People originated following the release of Intervention, which paired Tom Menary and Bill Sheikh in a dramatic two-hander. The story of an assassin and his oblivious friend was intended as a spiritual follow-up to Intervention with a dialogue between the actors. The sniper scenes were filmed in Plymouth University on 6th March. Prior to filming, a test shoot was conducted in Plymouth University, the results of which were released to Wingless Films' Facebook page as a photo gallery titled "Vantage Point".

The film was released on 13th March, 2012 alongside the original soundtrack composed by Tom Menary. 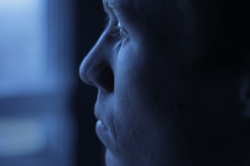