Co-founder of Wingless Films. Director of Photography and video editor.

From "The Time Collector" (2012)
Born in Burton upon Trent, Derbyshire in 1989, Jim Elton started his film education at Bridgwater College, where he met Tom Menary whilst studying Media. From an early age Jim had an interest in films in all of its aspects, though it was through his Uncle that he experienced films as more than just a form of entertainment.

Jim also undertook a Film Studies course at college, and with his growing fascination for the subject he realised he wanted to make films and, more importantly, tell stories. Following his college education, Jim moved to the city of Plymouth to study Media Arts at degree level.

After three years and earning his degree, Jim decided to undertake a Masters degree in Contemporary Film Practice in order to further prepare himself for what would lie ahead.

With that preparation came the formation of Wingless Films in December 2010. Jim became the principal director and cinematographer from Jericho onwards. Additionally, he has appeared in several productions, including as the villain of Bounded (2010) and The Time Collector (2012), and in key roles in Fires of Childhood (2011), Locked Away (2012) and Coming Home (2013). He was also featured in A Deadly Interview (2011) and Viewfinder Films' The Red-Hooded Girl (2013), portraying "The Creature". 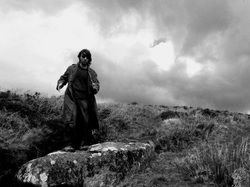 Jim on the moors