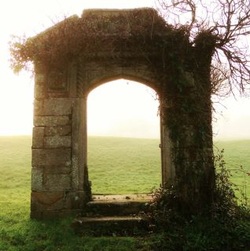 Photography inspiring "Petriarch".
A resident of Plymouth, Rick Stear began his association with Wingless Films on 11th January, 2012, during the shooting of Exile in Lee Moor. He provided location photographs, and went on to chronicle several further film shoots in 2012. His photography of the Ernsettle area of Plymouth (right) provided the inspiration for Petriarch, for which Rick again took production photographs.

He made his on-screen debut in Sons of Moorland, portraying a father ruminating about life while sitting amid the landscape of Dartmoor. Rick also assisted production of The Lite Blues and The Time Collector, providing the location for the eponymous Collector's message from the future. He joined Jim Elton and Tom Menary during their shoots on non-Wingless Films productions They're Coming and Hypersleep, providing location and studio photographs. In 2013 he made his directorial debut by assuming camera duties on Coming Home, and featured in By the Sword. He again accompanied non-Wingless ventures with A Dark Tale and The Red-Hooded Girl. 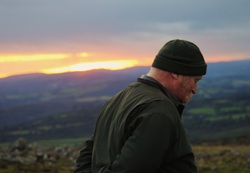 Rick on the moors.