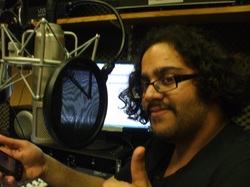 Bill on UPSU Radio.
Bill Sheikh is the director of Metal Snare Production, a film and production group based in Plymouth and Luton.

His first association with Wingless Films was through his awareness video, Somebody Help Me, a project aiming to raise awareness of depression, which featured original music composed by Tom Menary. Tom appeared alongside Jim Elton in the short film A Deadly Interview, created for a contest hosted by the social networking site Loccit.

Bill later featured in two Wingless Films shorts, Intervention and How to Lose Friends & Assassinate People. He also cast Tom in Afterdeath, a project featuring another of Tom's original scores, and camerawork by Jim. Tom also composed music for Metal Snare's documentary, Robin Manford: Master of the Universe, following the astrophotographer and Wingless collaborator Robin Manford. The documentary, Afterdeath and Intervention happened to be released on the same day on 6th February, 2012. Bill and Tom hosted The Film Show on UPSU Radio in 2011 and early 2012, which featured several collaborators as guests, including Jim Elton and Sara Clyndes.

Bill has gone on to enjoy success with his documentary Sikh and Ye Shall Find, about the Deputy Lord Mayor of Plymouth, Chaz Singh. 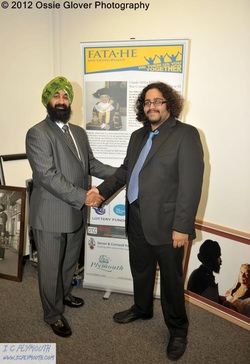