"If every year is a marble... how many do you have left?" 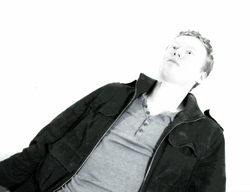 Bounded is the sixth short production by Wingless Films, and the first to feature director Jim Elton in a starring role. He portrays the Rival, a mysterious figure who torments his victim (Tom Menary) after trapping the latter in an empty, white dimension. The film also features Annie Knight, and was filmed in Plymouth University's greenscreen studio.

The screenplay was completed on 20th September, 2010. Production for Bounded was carried out over the following two months. The interior of the White Room was filmed in the video studio at Plymouth University, with visual effects applied in Final Cut Pro. The film was released on 15th November under the Eternal Silence name, and on 15th December as part of Wingless Films' newly-created film channel.

Bounded was originally conceived as part of a larger story arc, and was intended to be a spiritual sequel to Possession and the unmade film Protected. The Rival was to have been revealed as the entity behind the disappearances of the students during the events of Possession, and the victim was to have been the same character as the student dragged into the darkness at the end of that film. The arc was abandoned in favour of standalone films such as Captive and Capsule. At this point, the film was referred to as The Marble and Isolation, and was to have been the third film of a possible eleven-to-fourteen chapters in the story arc.

The film was partially based on Harlan Ellison's short story, I Have No Mouth, and I Must Scream. In the script, the Rival was referred to as "AM", as an homage to the sadistic super-computer of the story, and the name of the victim's girlfriend, Ellen, was derived from one of the characters. The Rival's declaration of hate towards the victim was based on the infamous "pillar of hatred" from the story. The Rival also quotes HAL 9000 from 2001: A Space Odyssey: "It's a shame about your friends, isn't it? [...] I suppose you're pretty broken up about it?" 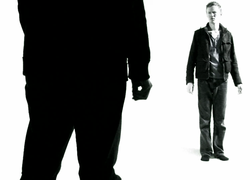 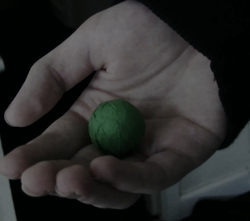