The Passage of Time

What if you could change your future by altering your past?

I don't want a normal job. I could join the bank, or work in a shop. I could waste my life selling fried chicken to drunks. I want to be free. I want to create stuff. I want to... capture the world on camera, and show it off. I want every moment to be projected into people's lives. I want them to see what I see. Don't you remember? 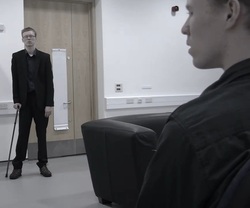 The Passage of Time is the fifth short production by Wingless Films, and the first major film to be associated with the "Wingless" label. Directed by Jim Elton, it stars Tom Menary in dual roles as Young Tom and his future self, who travels back in time in an attempt to ensure he follows the right path of time to reach a comfortable future. The film was shot on location at Plymouth University.

The film was first released under the Eternal Silence title on 31st October, 2010, and was later added to the Wingless Films channel on 15th December.

The original score was composed by Tom Menary, the first for a Wingless Films project. It is also the first to feature the modular "Wingless Sting", here playing a snippet of "The Time Traveller's Theme".

There are several references to other time-travel stories within the film; Old Tom's catchphrase, "I'll explain later" is a reference to the catchphrase from the Doctor Who Comic Relief special, "The Curse of Fatal Death", and has appeared in the show itself. Additionally, a note sequence similar to that of I Am the Doctor plays while Old Tom is explaining time-travel, and the opening of the Back to the Future theme plays when Young Tom first questions the concept. Towards the end, Young Tom speaks the phrase "back to the future" as Old Tom prepares to depart. 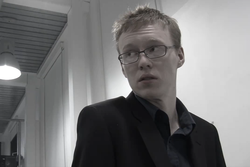 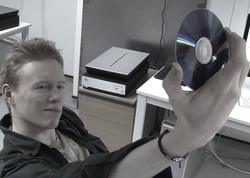