A story of resurgence and rust. 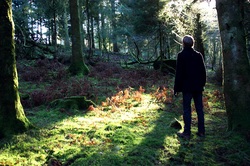 Filming on Dartmoor.
Resurgence is the thirty-fifth short production by Wingless Films. It stars Rick Stear as a former naval engineer who recalls an unusual discovery to a reporter (Tom Menary) at his home. Directed and shot by Jim Elton, the film features visual effects by David Burbury, and sound by Julian Kemp of Diddy Films.

The first day's filming took place in Torquay on 2nd December, 2012, capturing background plates for use by David as part of a sequence involving visual effects. Further shooting was carried out on Dartmoor on 8th December, featuring Tom, with production photography by Rick and the principal crew. The last day of filming was 27th February, 2013, with interiors filmed in Plymouth for the central interview scene between Rick and Tom.

A rough edit of the film, minus the in-process effects shots, was screened for Rick in March. 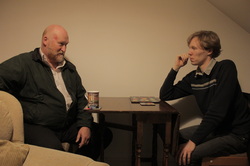 During production in Plymouth.
Cast 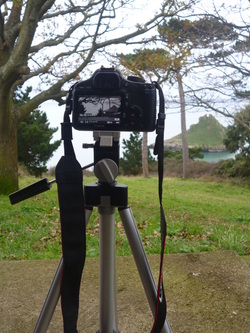